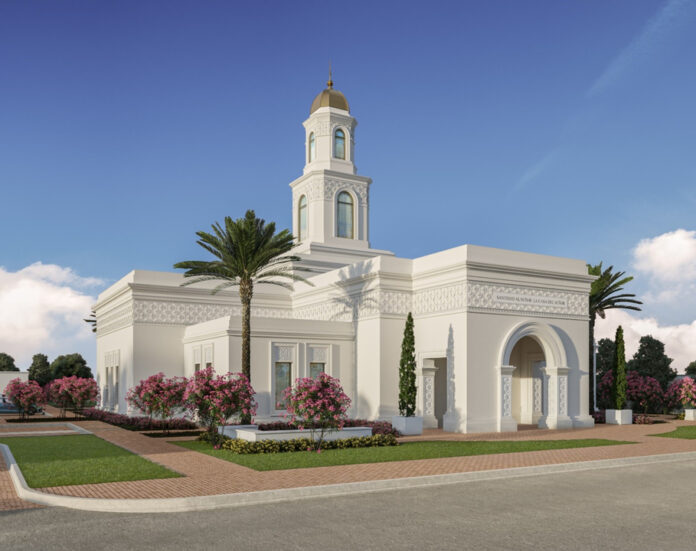 According to the Church, 70 missionaries were robbed at gunpoint inside a church meetinghouse during a zone conference Friday. Nobody suffered serious injuries.

The young men and women who serve in the Mexico Torreon Mission called their loved ones in the wake of the attack.

Brian Trotter received one of those phone calls from his son Elder Elijah Trotter.

“He said, ‘We were just sitting down when two men came bursting in, screaming profanities, chambered their guns,’” Brian Trotter said in an interview on Zoom from his home in Gilbert, Arizona. “When they came in, he said the mission president and his wife took a lot of the beating from them in an attempt to protect the missionaries.”

Trotter said the call did not last long because his son was eager to return to his missionary work.

He said his son was preparing to take part in a baptism and did not want to postpone the important event.

“He’s like, ‘Of course not, you can’t stop hope. We have to move forward,’” Trotter said of his son’s response when he asked if the baptism would be rescheduled.

Now, many families like the Trotters are preparing to send items to the missionaries to replace what was stolen. The robbers escaped with things like watches, wallets and cell phones.

One small business is offering help.

Mission on the Fly hand-delivers care packages to missionaries who serve in Central America and South America.

They are offering their service at no charge to families who have young men and women serving in Torreon, Mexico.

“We feel this is the little thing we can do and just to pay it forward,” said Danny Rios-Lazo with Mission on the Fly. “As they send us their package, we can do a free delivery for them. With the holidays, they can add some goodies for that as well.”

Rios-Lazo said Mission on the Fly is also accepting donations for missionaries impacted by the attack in Torreon who may not have family members living in the United States.

Trotter believes people stepping up with kindness and offering to help is a sign of hope.

“In time of need, look for those who are helping,” Brian Trotter said. “There are always those that are helping and this is no different. Lots of people are stepping up to love and hug those missionaries.”

It’s that same mentality — that hope is more powerful than darkness — that is keeping Elder Trotter and other victims of this attack committed to their work.

“His [Elijah’s] message is always, there is so much beauty in the world and there are so many amazing, kind, generous, loving people, you just got to look for them,” Brian Trotter said.