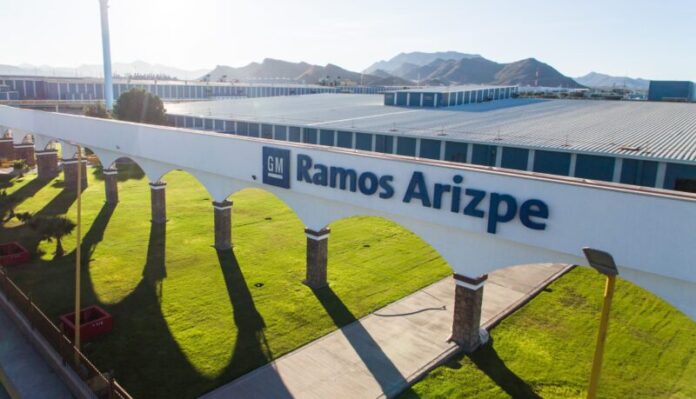 MEXICO, (November 20, 2021).- General Motors threatened to no longer invest in Mexico if there is no legal framework focused on the production of renewable energy in our country.

Francisco Garza, president, and CEO of GM Mexico noticed this possibility during his participation in the 49th National Convention of the Mexican Institute of Finance Executives.

“If there is no legal framework, a structural framework in Mexico focused on the production of renewable energy, General Motors will not stop its vision of zero, zero, zero and unfortunately if the conditions do not exist, Mexico will no longer be a destination for investment ”, he asserted.

The automotive brand’s long-term goal is to achieve “zero emissions, zero collisions and zero congestion”, and that would be difficult to achieve if in Mexico there is no defined policy on the generation of renewable energy.

“If the conditions are not on the table, I believe that Mexico is not going to be an investment destination in the short and medium-term and today as our investments take between five and seven years, we are evaluating that if the conditions are not, then that dollar that was going to be invested in Mexico goes to the United States, Canada, Brazil, China, Europe, and Mexico is no longer an important destination, ” said the manager.

The director of Communication and Public Relations of GM Mexico, Tere Cid, told VANGUARDIA that the Coahuila project continues and in 2023 it will start with the production of electric vehicles.

“The Ramos project is moving forward and from strength to strength, there is no change,” he said.

In April, the assembler announced an investment of more than one billion dollars in the Ramos Arizpe Manufacturing Complex, to inaugurate its new Paint Plant, but also to prepare the Complex for the production of electric vehicles.

Therefore, this initial investment will also serve for an expansion in the Assembly Plants and Global Propulsion Systems, with the goal of making it the fifth GM manufacturing site in North America to produce electric vehicles.

The production of electric vehicles for GM brands begins in 2023 and in the second half of this year, began the manufacture of Drive Units, which is the propulsion system that powers electric vehicles.