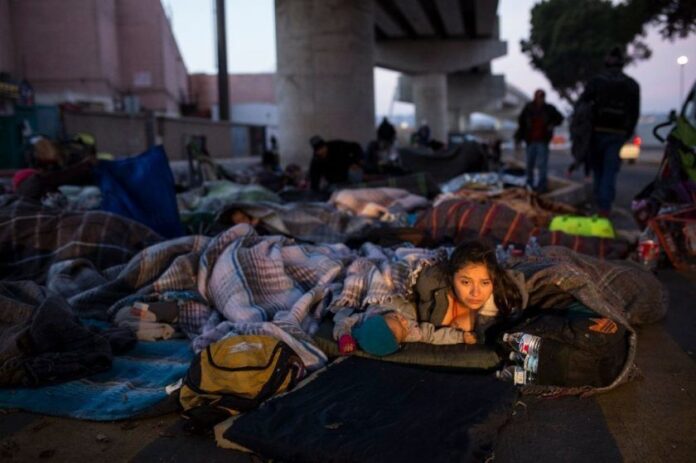 Mexico continues to struggle with the sharply rising number of migrants turned away at the U.S. southern border, with many claiming they were “promised” by President Biden that they could enter the country.

The increased focus on the border situation has brought journalists to Texas, where the problem is most severe: Migrant camps litter the border, with camps of dozens or hundreds of people who are either waiting to enter the U.S. or were just turned back.

New York Times reporters witnessed a number of incidents where migrants were turned away from the border. Most were in tears, with some saying, “Biden promised us!” as they returned to Mexico.

“Biden promised us that everything was going to change,” Gladys Oneida Pérez Cruz, a woman traveling with her son, told the Times. “He hasn’t done it yet, but he is going to be a good president for migrants.”

Another migrant, Jettner, believed that his life would “change 180 degrees” because he was about to walk across the border, but he was also immediately turned around.

The combination of the coronavirus pandemic and natural disasters – including multiple hurricanes and earthquakes across Central America – has driven people from their homes in hopes of entering the U.S.

Coyotes – human smugglers – have preyed on that desperation and taken advantage of migrants, offering them promises of entering the country under Biden’s presidency.

Customs and Border Protection officers have encountered over 100,000 migrants at the border in February alone, highlighting how overwhelming the situation has become.

The vast majority of migrants – around 70%, according to one source – are expelled via public health order Title 42 that allows authorities to quickly return migrants to their country of travel.

Acting CBP Commissioner Troy Miller said on a call with reporters that the administration is “moving as fast as we can” to rebuild the immigration system but warned, “this is going to take time.”

People surround a car as it arrives carrying food donations at a makeshift camp for migrants seeking asylum in the United States at the border crossing Friday, March 12, 2021, in Tijuana, Mexico. (AP Photo/Gregory Bull)

“The border is not open — do not believe human smugglers who tell you otherwise,” he said.

But coyotes and cartel alike continue to promise migrants that the U.S. is open under Biden, seizing on the more immigrant-friendly policy changes the president has already undertaken.