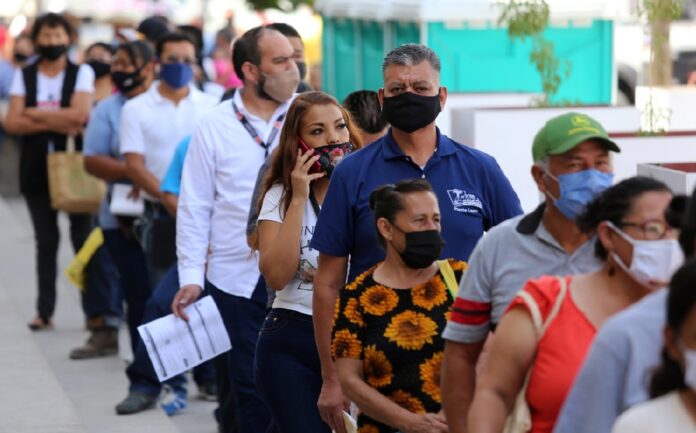 The State Secretary of Health declared that those who are vaccinated avoid hospitalization by 65 percent and death by 90 percent.

So far, five cases of the Delta variant of coronavirus have been confirmed in Coahuila. The State Secretary of Health, Roberto Bernal Gómez, announced that these are women between 19 and 58 years of age and two of them correspond to the municipality of Torreón, the rest are distributed in Saltillo, Acuña, and Sabinas.

At this time, the positive cases for Delta are all women and are distributed in Torreón with two cases, one of them 19 years old and the other 58; in Sabinas a 32-year-old woman, while in Acuña the infected person is 26 years old and in Saltillo the positive person is 28 years old and all of them have already passed the critical stage of the disease.

It was mentioned that the original variant no longer exists, however, those of concern are that of the United Kingdom, Brazil, South Africa, and that of India, the latter is the most contagious.

He stated that at the moment one million 200 thousand 52 people have been vaccinated in the state of Coahuila, of which 686 thousand 868 have the complete scheme.