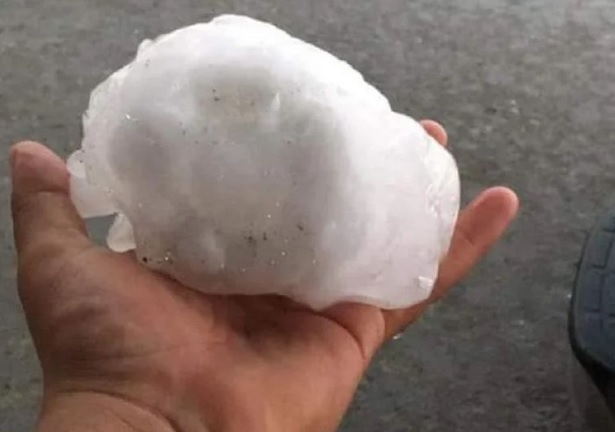 Very heavy rain accompanied by hail of around 10 centimeters in diameter occurred in municipalities of the Cinco Manantiales region. Several cars were damaged, as well as some homes. In the municipalities of Zaragoza, Villa Unión, Guerrero, and Nava hailstorms were also reported with less damage.

The Undersecretariat of Civil Protection in Coahuila reported an intense hailstorm in Allende. And as a result of this, there were some material damages, without reporting any people injured by hail or fragments of broken glass. The population of the 38 municipalities of Coahuila was urged to take extreme precautions, given the situation.

A powerful precipitation accompanied by huge pieces of ice with diameter between 2.5 and 3 inches (6.35 to 7.62 centimeters) was reported in the Carboniferous Region and towards the north of the state of Coahuila on Saturday night. As a result of this event, various damages occurred, among which was the damage to a social security clinic.

The state’s Undersecretariat for Civil Protection reported that during the night of May 15 and early Sunday, a severe storm accompanied by hail of considerable diameter was known in the Carboniferous Region and towards the north of the state, of which the corresponding authorities monitored and attended.