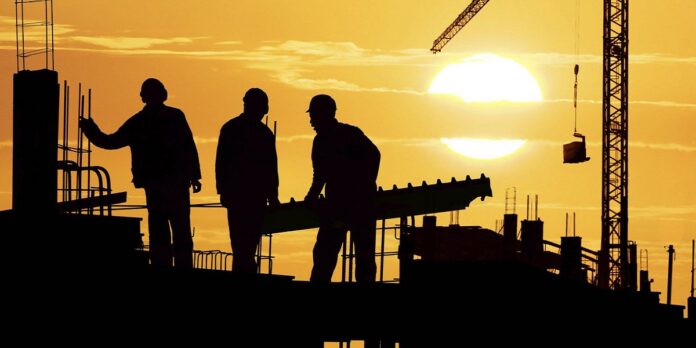 The Mexican Real Estate Bank (BIM) points out that, despite the pandemic, the activity that was registered during 2020 managed to reach 695 million pesos in deposits; in placement amounted to 880 million pesos.

The entities of Nuevo León, Coahuila, Tamaulipas, and Durango make up the northeastern region of Mexico, considered the largest in economic and social strength, and which also has an important activity in construction and housing issues.

According to data from the Unique Housing Registry (RUV), they indicate that, in this area of ​​the country, housing smaller than 60 m 2  and larger than 45 m 2  represents the size of housing with the highest participation in Nuevo León with 57.2% of the total homes with work started in the entity. Likewise, this size of dwelling represents 44.5% of the total in Coahuila, 59.1% in Tamaulipas, and 69.2% in Durango.

Meanwhile, properties between 312 thousand and 925 thousand pesos represent the type of housing with the highest participation in the entire region. In Nuevo León, popular and traditional housing participate with 91.4% of the total homes with work started, 81.6% in Coahuila, 96.9% in Tamaulipas and 94.6% in Durango.

With the confinement, the northeast recorded that the value of construction fell 6%, from 58,999 million pesos in 2019 to 55,311 million pesos in 2020. While the homes registered in the RUV, which already have work started, decreased 10% going from 50 to 45 thousand registered homes in 2019 and 2020, respectively. Infonavit loans also presented a 9% contraction in the same period, going from 127 thousand to 116 thousand loans.

Given this, the Mexican Real Estate Bank (BIM) points out that, despite the pandemic, the activity that was registered during 2020 managed to reach 695 million pesos in deposits, while in placement, the figure rose to 880 million pesos in business credit firms, as well as an increase of 4% and 21% in income from credit commissions and appraisals, respectively.

Funding in the region increased 28% compared to 2019, making it one of the items with the highest growth, going from  543 to 695 million pesos, where Certificates of Deposit (CEDES) participated with 34% of the total of the deposits and the Promissory Note with Yield Payable at Maturity (PRLV) with 33%.

By 2021, BIM foresees that in the northeast region, loans for 1,028 million pesos will be signed, which represents an increase of 17% compared to 2020, with which it is expected to finance projects for the construction of 1,300 homes in the region. Regarding deposits, the institution expects to grow by 825 million, which corresponds to an increase of 13%.

The bank announced that in commercial credit placement, it represented 13% of a commercial portfolio of 6,156 million pesos at the end of 2020. The deposits represented 13%, with 5,268 million. Regarding the region’s share in the number of clients, the business portfolio represents 10% and the acquisition of 8% of clients.

“Nuevo León generates 8% of the national GDP and in secondary activities since it is where those related to construction are found and it is the first place at the national level with 9.8%, which influences the decision to invest by of the builders; In this scenario, we will take advantage of our experience in bridge loans to boost the sector in the region, ” said  Rodrigo Padilla, General Director of Banco Inmobiliario Mexicano.