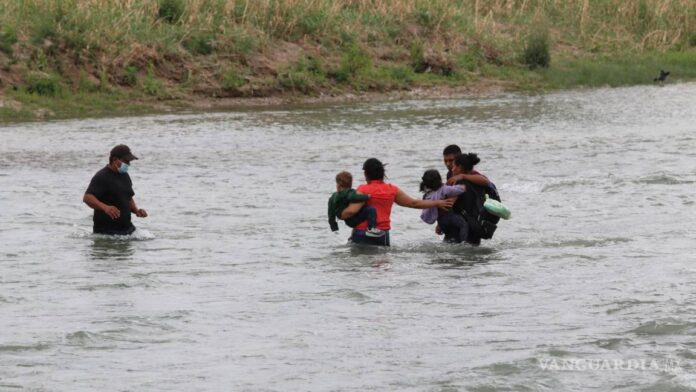 Piedras Negras, Coahuila. – Migrants from Central and South America do not stop arriving at the Coahuila border, where entire families get into the waters of the Rio Grande to cross into the United States and surrender to the Border Patrol requesting refuge or political asylum.

With temperatures of up to 45 degrees Celsius, they are seen in caravans along Highway 57, crossing the filters of the Ministry of Health to go to the north amd cross the border between Piedras Negras and Eagle Pass, anytime during day or night.

The authorities of Eagle Pass, Texas consider that there is chaos and ask the federal authorities to take action to control the situation and end this crisis that is overwhelming the border cities.

A report from Mexico’s National Institute of Migration (INM), details that in the last six months it has received and assisted 138,083 repatriated nationals, mainly from the United States.

The statement adds that this figure represents 17 thousand 473 Mexican people more than the number registered in the same period of 2021.