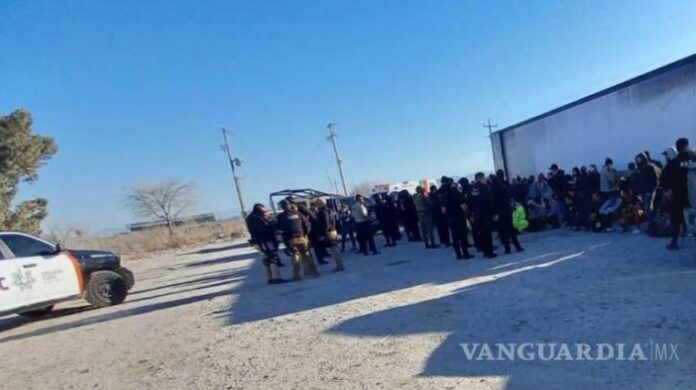 Monclova, Coahuila.- (March 14, 2022).- Another trailer with dozens of Central American migrants inside was detected this Sunday, March 13, when it was circulating through the Central Region of the State and heading to the border with the United States.

Just a week ago, another similar unit would have been abandoned in Monclova, with 200 undocumented immigrants, of whom two people and an unborn baby died from lack of oxygen and the rest were about to die from the same cause.

The events occurred on the Saltillo-Monclova highway around 4:30 p.m., the heavy cargo unit was approaching the municipality of Castaños, when it was intercepted by elements of the Monclova Special Weapons and Tactics Group.

When being reviewed by the uniformed officers, it was discovered that it was transporting about 80 migrants, who illegally entered Mexico in order to advance towards the border with the United States.

The National Migration Institute was immediately informed, which went to the site, as well as other corporations.

The truck clandestinely transported 82 migrants, apparently all of them Cuban nationals. 42 men, 28 women, and 12 minors. At the moment all are reported in good health conditions, only some of them with symptoms of dehydration.