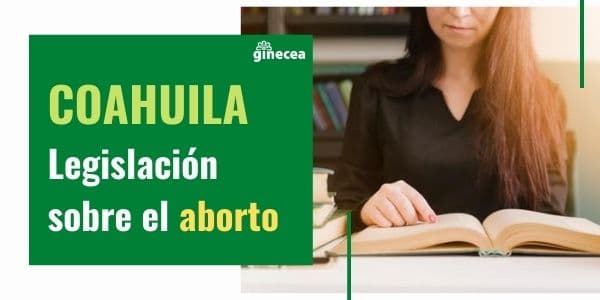 Mexico’s Supreme Court has issued two rulings that set important precedents for reproductive justice not only for Mexico but for the Americas, Human Rights Watch said today. On September 7, 2021, the Supreme Court declared unconstitutional the total criminalization of abortion in the state of Coahuila. Two days later, the Supreme Court invalidated a portion of the Sinaloa Constitution that protected life from the moment of conception. In both rulings, the court focused on the reproductive rights of those who are pregnant.

The decisions could have a significant impact on women’s lives, not only because they declare unconstitutional the absolute criminalization of abortion, but also because both draft rulings center their reasoning on women’s autonomy and human dignity, Human Rights Watch said. The Coahuila draft ruling references the need to analyze abortion cases through a “gender perspective” and makes direct references to international human rights rules and decisions.

“At a time when in parts of the world, from Texas to Afghanistan, we are seeing troubling setbacks for women’s rights, Mexico’s Supreme Court sends a strong message about the central role of women’s rights in the regulation of abortion,” said Ximena Casas, women’s rights researcher at Human Rights Watch. “The rulings powerfully illustrate the impact of incorporating a gender perspective in judicial decisions and grounding them in women’s rights.”

The Coahuila decision was the first time the Supreme Court recognized the right of women and pregnant people to have an abortion, without facing criminal penalties. The Supreme Court’s decision unanimously invalidates the portion of the Coahuila criminal code that punishes consensual abortion with one to three years in prison. It also requires local and federal judges to follow its reasoning when deciding cases related to abortion. Furthermore, the Coahuila ruling is a signal to state legislatures where abortion is still criminalized to amend their statutes in accordance with the constitutional protection of women’s right to make personal decisions such as whether to become pregnant or a parent.

Both rulings are technically in draft form, but the final versions are required to remain largely the same.

The first ruling stems from a legal challenge by Mexico’s attorney general in November 2017 against several provisions in the Coahuila criminal code, on the grounds that they violated the autonomy and reproductive freedom of women by preventing abortion during the first trimester of pregnancy. Judge Luis María Aguilar Morales stated that the Plenary of the Supreme Court had to resolve the constitutionality of the rule that punished a woman who voluntarily decided to end her pregnancy with jail time, as well as, if applicable, the person who performed the abortion with her consent.

The Supreme Court concluded that the Mexican Constitution guarantees women and others with gestational capacity the right to decide whether to become a parent, an interpretation that emanates from the rights to human dignity, autonomy, and equality, among others. As a result of this decision, the state of Coahuila will become the fifth Mexican state to eliminate its total abortion ban. Four other states permit abortion for any reason for a certain number of weeks into the pregnancy: Mexico City, Oaxaca, Hidalgo, and Veracruz.

The second ruling addressed a 2018 legal challenge by members of the Sinaloa Congress and the National Commission of Human Rights to an amendment to the Sinaloa Constitution that had established the protection of the right to life from the time of conception. The challengers’ main argument was that local powers did not have the authority to constitutionally define the moment at which life begins, and that in doing so, the Sinaloa Congress did not comply with international standards established by the Inter-American Court of Human Rights. The Supreme Court ruled that the attempt to grant the status of a person to the embryo or fetus to adopt measures restricting the right to reproductive autonomy of women and pregnant people was unconstitutional.

Human Rights Watch research shows that criminalizing abortion drives people to resort to unsafe procedures that endanger their health and lives and exacerbates inequality and discrimination. In Mexico, data shows that women who face criminal charges over abortions are disproportionately poor, many from Indigenous communities.

This is consistent with Human Rights Watch findings on other countries. In Ecuador, Human Rights Watch found that most women and girls charged with abortion are poor. During the criminal investigations and prosecutions against them, they often face violations of their medical confidentiality and due process and have a hard time getting legal representation. The prosecutions of Mexican women for abortion follow a similar pattern, according to the Mexican reproductive rights group, Grupo de Información en Reproducción Elegida (GIRE).

The Mexican rulings place Mexico, along with other countries such as Argentina and Uruguay, within a trend to expand access to legal abortion, moving their regulations closer to compliance with international human rights obligations, Human Rights Watch said. These changes have been, in great part, the result of women’s rights movements’ concerted efforts to place women’s autonomy and rights at the center of the abortion discussion.

In Mexico the “green wave,” as the women’s right movement pushing for the regulation of abortion is known in Latin America, has moved to reasoning around women’s rights from the earlier debate about the authority of states to decriminalize abortion. That issue was the focus in 2007 when the Supreme Court decided that Mexico City’s decriminalization of abortion reform was constitutional.

“With this ruling, the Supreme Court is reiterating and acting on its commitment to the rights of women, adolescents, and pregnant people based on international law standards,” Casas said. “The Coahuila decision not only reduces the stigma on abortion that perpetuates gender stereotypes regarding women’s role in society, but it also removes a legal barrier that has most affected low-income and rural women.”

Saltillo, Coahuila is the third safest city in Mexico