Both deputies and senators put topics on technology issues on their agendas, but users perceived them as damaging and violating human rights

During 2020, legislators put on their agendas a variety of issues related to technology or its various tools, which were highly relevant during the health emergency. But many of these proposals and discussions were controversial, because while some have beneficial purposes, most were seen as harmful.

Some of them are aimed at protecting citizens in the digital environment, such as the approval of the Olimpia Law at the national level, however, others were controversial due to the consequences that could be detrimental to the users themselves, such as the Federal Law Copyright.

One of the issues that bothered the most this year was the 16% increase in Value Added Tax ( VAT ) and Income Tax ( ISR ) for its technological services. This provision had been approved since September 2019 through a reform to the VAT Law, but it came into force until June 2020.

In this way, according to what was published in the Official Gazette of the Federation (DOF), digital services were considered to “all those who provide services through applications or content in digital format through the Internet or another network, provided that they make a charge for the same ”.

However, it is not the only controversy that was generated from these platforms, as this led to a dispute with the Tax Administration Service (SAT) because in the Expenditure Budget 2021 they requested that every company that works by way digital had to be registered and thus 2.4% of ISR would be retained. In case of non – compliance with any of the two measures, they could be blocked.

This generated significant discontent in several ways. One of the arguments is that since the same percentage will be retained from both small and large entrepreneurs, some will be able to cover the expense, while others will not.

During the health emergency due to COVID-19 in Mexico, two out of 10 Small and medium-sized companies (SMEs) bet on digital commerce, according to data from the Mexican Association of Online Sales.

For this reason, the Latin American Internet Association pointed out, “proposing an internet disconnection from platforms implies imposing barriers to innovation, economic development and, ultimately, to the survival of SMEs that have opted for digitization.”

In this sense, other business actors linked to technology have warned that it is necessary to establish working groups with regulators, government and digital platforms in order to achieve a consensus on these types of regulations to reach a stable scenario for both national investors as well as foreign ones.

In June, deputies and senators discussed one of the most controversial digital initiatives of the year. Derived from the approval of the Free Trade Agreement ( USMCA ), legislators approved reforms to the Federal Copyright Law, which they rescued from past six-year terms and caused controversies over issues of censorship and penalties for repairing devices.

According to the provisions of this legislation, content on the Internet may be removed if a third party requests it on the grounds that it violates their copyright even when they do not present any supporting evidence.

These modifications are based on a principle that the defenders of digital rights have called “notification and withdrawal”, which obliges internet intermediaries (YouTube, Google, Facebook, etc.) to remove any product from their users if a person alleges that his copyright was violated even without arguments of the alleged infringement or without a judicial authority ordering it.

If a user seeks to appeal the censorship of their content, they can carry out a “counter-notice” and thus restore it, but if the original complainant insists and files a lawsuit, the product would remain censored during the resolution of the trial.

In this regard, the Network in Defense of Digital Rights (R3D), warned that if the authorities consider that the “counter-notice” constitutes a “false statement”, they could impose a fine that would range between 85,000 and 1,700,000 pesos.

Given this, the civil organization, Article 19, commented that an action of this nature would establish “a mechanism of censorship highly violating the right to freedom of expression ” enshrined both in the Constitution and in various international treaties.

It is important to note that this is not the only impact that the reforms would bring, since “technological protection measures” or “digital locks” would also be imposed, which would limit, among other things, the possibilities that currently exist to repair digital goods.

For example, a user could not make copies of information on equipment and systems, as these reforms are intended to protect software or hardware under copyright grounds. In this sense, neither could you repair a device on your own or “find out and disable the functionalities that threaten our privacy, ” commented Luis Fernando García, director of R3D.

This was said in reference to people who are dedicated to conducting cybersecurity investigations, who need to bypass locks to be sure that devices or applications protect the privacy of users.

And it is that the reforms contemplate sanctions of up to 10 years in prison for those who skip these protective measures. In this regard, Article 19 stated that with these modifications “security, privacy, freedom of expression, the right to participate in cultural life, the economy and many other rights are put at risk .”

For October, another legislation that was controversial due to the effects it could have on the implementation of the 5G network in 2021, was the Federal Law of Rights, whose opinion approved by the deputies established that the government should change the amounts of individuals to cover the provision of their services. 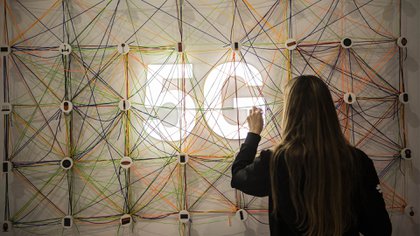 In this sense, one of the relevant issues was the increase in the price of the use of the radioelectric spectrum. On this issue, the Federal Institute of Telecommunications ( IFT ), asked legislators to reduce the amounts of the rights contained in articles 244-H, 244-I, and 244-J, which are related to the frequency bands of that spectrum.

These bands will be of utmost importance in the technological future of Mexico, as they will be vital for the deployment of fifth-generation (5G) internet and mobile telephony services, which this regulatory body plans to tender in the coming years.

If the high amounts for the use of the radioelectric spectrum remain, the IFT warned that “not only would the bidding processes planned for this portion of the spectrum be put at risk, but the introduction of this technology to the country could be irretrievably delayed.

Likewise, he warned that a delay in national competitiveness could be caused, since the 5G network contributes to the deployment of technology such as the internet of things, artificial intelligence, or Big Data, which can have an impact on aspects such as tele-education, telemedicine and entertainment, among others.

Digital sexual violence; Olimpia Law will be national in 2021

In November, the Senate took a decisive step to combat the leakage, publication and dissemination of intimate images and videos without consent through digital platforms, since the Olympia Law was approved at the national level, which typifies and sanctions up to six years of prison to whoever shares such material. 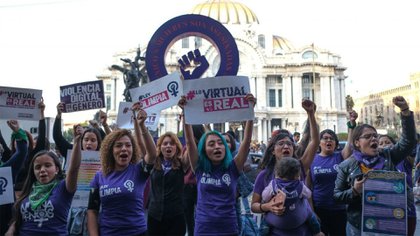 According to the ruling, acts that cause ” psychological and emotional damage in any area of ​​private life” will be punished, as well as those “malicious acts that cause damage to the intimacy, privacy and dignity of women, committed by means of information and communication technologies ”.

It is worth mentioning that this legislation will also sanction media violence, which was defined as “any act through any media that, directly or indirectly, promotes sexist stereotypes or advocates violence against women “.

It also includes punishments for those who produce or allow the production and dissemination of sexist hate speech, gender discrimination, or inequality between women and men that causes psychological, sexual, physical, economic, patrimonial, or femicide damage.

The penalties for these crimes will be three to six years in prison and a fine that ranges between 43,440 and 86,880 pesos. In this regard, activists have said that this law is of utmost importance, as it protects and supports digital security, but aspects of its wording must also be addressed since it can be confusing in certain things and problematic in the long run in terms of limitation of the freedom of expression.

In addition, they stressed that the “systemic” problem of gender-based violence should be recognized and think more about repairing damages for victims rather than a punitive approach for perpetrators since the justice system in Mexico has historically been ineffective in women. 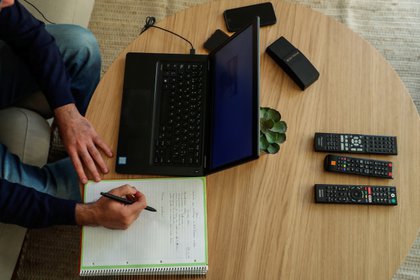 Another initiative that was discussed in digital matters was related to teleworking since the Senate approved in early December that employers are obliged to pay their workers for the use of the internet, electricity service, and the computer equipment used to carry out their labors.

The home office became very important due to the pandemic and although it is not a new modality, this reform to article 311 of the Federal Labor Law is important, since it implies a reduction in expenses for employees who work from home.

A person will be considered under this modality when they carry out their activities more than 40% of the time in an address other than the office and this must be established in writing and be chosen voluntarily. The legislation also establishes the right to disconnect workers.

Although it is a beneficial measure for certain sectors of the population, it is important to bear in mind that not all Mexicans can adopt this model, specifically people living in poverty, since many of these households do not have a computer or access to internet, in addition to space limitations.

Digital Register, an initiative that failed years ago and seeks to revive

The initiative to create a National Register of Mobile Phone Users was another of the discussions that was approved in the Chamber of Deputies and passed to the Senate. This ruling would reform the Federal Telecommunications and Broadcasting Law to oblige users to link the CURP and even biometric data to the contracted line. 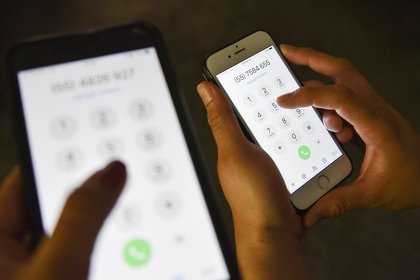 This registry will be “a database with information on the individuals or legal entities that own each mobile telephone line that has numbers from the Fundamental Technical Numbering Plan”. In addition to the user’s biometric data, it will include their address, dealer information and the contracting scheme, that is, postpaid or prepaid.

In order to keep the data up to date, the concessionaires must provide information regarding registrations, cancellations, changes of owners, theft and loss, although the IFT may only give data of who appears as the owner or proves any legal interest.

Its creation was based on the argument of “ collaborating with the competent authorities in matters of security and justice for the commission of crimes in the applicable terms”, but experience has shown the failure of such a measure.

During Felipe Calderón’s six-year term, a similar initiative was approved, but in 2010 it was discovered that the database was sold through the internet, which opened the possibility that the information could be commercialized on the black market and used for extortion and kidnapping.

On this matter, R3D cited international human rights organizations, such as the UN Rapporteurship for Freedom of Expression, which has warned that the mandatory linking of a SIM card to the identity of a person “compromises the right to communicate so anonymous and facilitates monitoring of the population, which violates the right to freedom of expression, privacy and even to life. “

Hundreds of undocumented migrants detained in various parts of Mexico