This Friday, January 1, heavy occasional rains (25 to 50 mm) are expected in: Chiapas, Campeche and Yucatán

For this Friday, January 1, the Fifth Winter Storm will cross the north of the Mexican territory, in interaction with the polar and subtropical jet currents, they will maintain a very cold to icy environment in the states of the North Mesa with a probability of snowfall or sleet in mountainous areas of Sonora, Chihuahua, and Coahuila, in addition to strong gusts of wind in the north and center of the country, estimating that it will stop affecting the country at the end of the day.

Frontal system No. 24, will extend as stationary over the Gulf of Mexico, causing heavy occasional rains in the east and southeast of the country, in addition to the Yucatan Peninsula.

The new polar air mass will keep the icy environment very cold in the states of Mesa del Norte and Mesa Central, including the Valley of Mexico. On the other hand, at the end of the day a new cold front is estimated to enter the northwest of the Mexican territory. 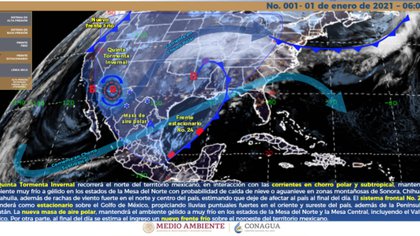 Possible snowfall and/or sleet in Sonora (northeast and east), Chihuahua (north, west and south) and Coahuila (north). The rains could be accompanied by electric shocks and strong gusts of wind during storms.

Minimum temperatures of -15 to -10 ° C with frosts: mountainous areas of Chihuahua, Durango and Coahuila. 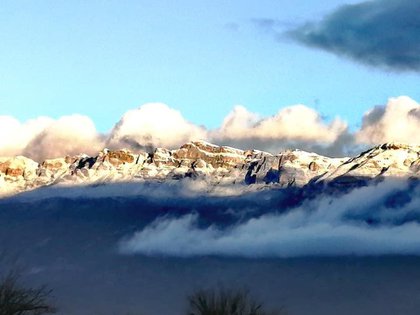 Minimum temperatures of -5 to 0 ° C with frosts: mountainous areas of Tamaulipas, Guanajuato, Querétaro, Hidalgo, Tlaxcala, Puebla and the State of Mexico.

Maximum temperatures of 35 to 40 ° C: Michoacán and Guerrero.

North and northeast wind with gusts of 40 to 50 km / h: Tamaulipas and Veracruz. 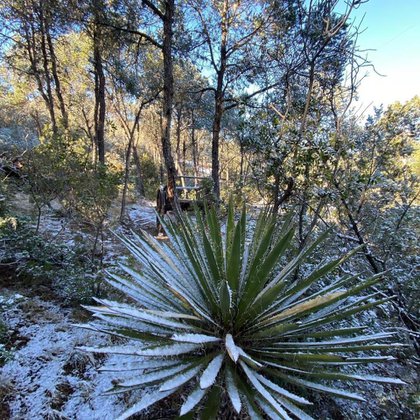 Valley of Mexico: Very cold environment in the morning and frosts at dawn with temperatures that can reach -5 ° C in mountainous areas of the State of Mexico and 0 ° C in high areas of Mexico City. During the day, clear skies and a cool to temperate environment are expected during the day, without rain in the Valley of Mexico. South and southwest wind from 10 to 25 km / h with gusts of 35 km / h. In Mexico City, a maximum temperature of 21 to 23 ° C and a minimum of 3 to 5 ° C is forecast. For the capital of the State of Mexico, maximum temperature of 17 to 19 ° C and minimum of -2 to 0 ° C.

North Pacific: Partly cloudy sky, with isolated rains in Sonora, a marked drop in temperature and possible snow and/or sleet fall, as well as gusts of wind of 40 to 50 km / h in Sonora.