80% of the complaints are for mistreatment, arbitrary detentions and deficiencies in the investigation and attention of crimes

Mazatlán, Sinaloa.- The regional office of the State Human Rights Commission closed the year 2020 with 121 complaints, of which 80% were filed against the public security authorities and those who administer justice, for mistreatment, detention arbitrary actions, and inactivity in the investigation and attention of crimes, informed the visitor Fermín Núñez Millán.

The alleged violations of human rights against citizens occur mainly in the municipal public security corporations, the Attorney General’s Office of the State of Sinaloa, and procedure courts.

He said that the complaints received with initiated files represent less than 50% of those registered in 2019, since the previous year 240 complaints were accumulated, mainly due to social confinement and the health emergency.

And despite the coronavirus pandemic, he added, incidents continue in relation to public security authorities, basically complaints against municipal police, the public prosecutor’s office, the Attorney General’s Office, and the railing courts, which accumulate 80 % of complaints.

The other 20% of the complaints involve federal authorities such as the IMSS, and municipal and state medical services and the DIF.

He clarified that before this instance there have been no complaints related to poor care, negligence, or denial of service in Covid cases, in which municipal, state, and federal health institutions are involved, as well as complaints that have to do with abuses in the inspection and surveillance protocols. 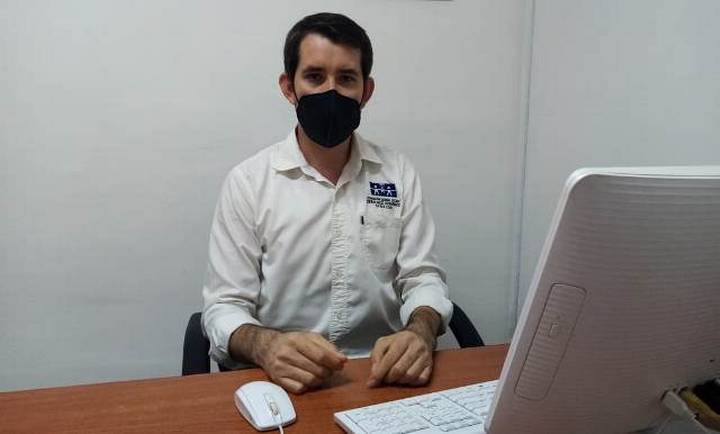 Fermín Núñez Millán, a visitor to the ECHR in the southern part of the state.

However, he said that the offices of the regional visitation will remain open for citizens to submit their complaints.

In addition to the complaints and files initiated during 2020, he commented that an average of 400 to 500 consultations were given by telephone or in-person.

Núñez Millán indicated that of the total complaints and files formalized in 2020, between 50 and 60% of them have been advanced, and with respect to those of 2019, they present an advance of 80%.